Research by Hendrik Bessembinder, professor and Francis J. and Mary B. Labriola Endowed Chair in Competitive Business at ASU’s W. P. Carey School of Business, evaluated lifetime returns to every U.S. common stock traded on the New York and American stock exchanges and the Nasdaq since 1926.

“The results also help to explain why active strategies, which tend to be poorly diversified, most often underperform,” says Bessembinder, who found that the largest returns come from very few stocks overall — just 86 stocks have accounted for $16 trillion in wealth creation, half of the stock market total, over the past 90 years. All of the wealth creation can be attributed to the thousand top-performing stocks, while the remaining 96 percent of stocks collectively matched one-month T-bills.

Bessembinder’s groundbreaking research has been covered extensively in major news outlets. He made available a spreadsheet containing lifetime stock market wealth creation data for each U.S. common stock since 1926, as well as the SAS computer program that generates the data, featured below.

The SAS program measures wealth creation on the basis of past stock market prices and returns, as described in the paper "Do stocks outperform Treasury bills?" The program requires as input monthly stock return data from the Center for Research in Security Prices (CRSP) at the University of Chicago. Companies are identified based on the “Permco” variable assigned by CRSP, and the company name listed in the spreadsheet is that most recently associated with the Permco by CRSP. The first and last months listed in the spreadsheet identify the earliest and latest months for which the CRSP database contains return data for the Permco, except that the earliest month never precedes July 1926. For companies with multiple share classes, wealth creation is computed separately for each class (CRSP permno), and summed across classes.

If most stocks are underperforming, yet the market as a whole does well, the only way these two things can come together is that there are a few stocks doing really well that pull the whole market up. Click the infographic to see the the top 20 winning stocks. 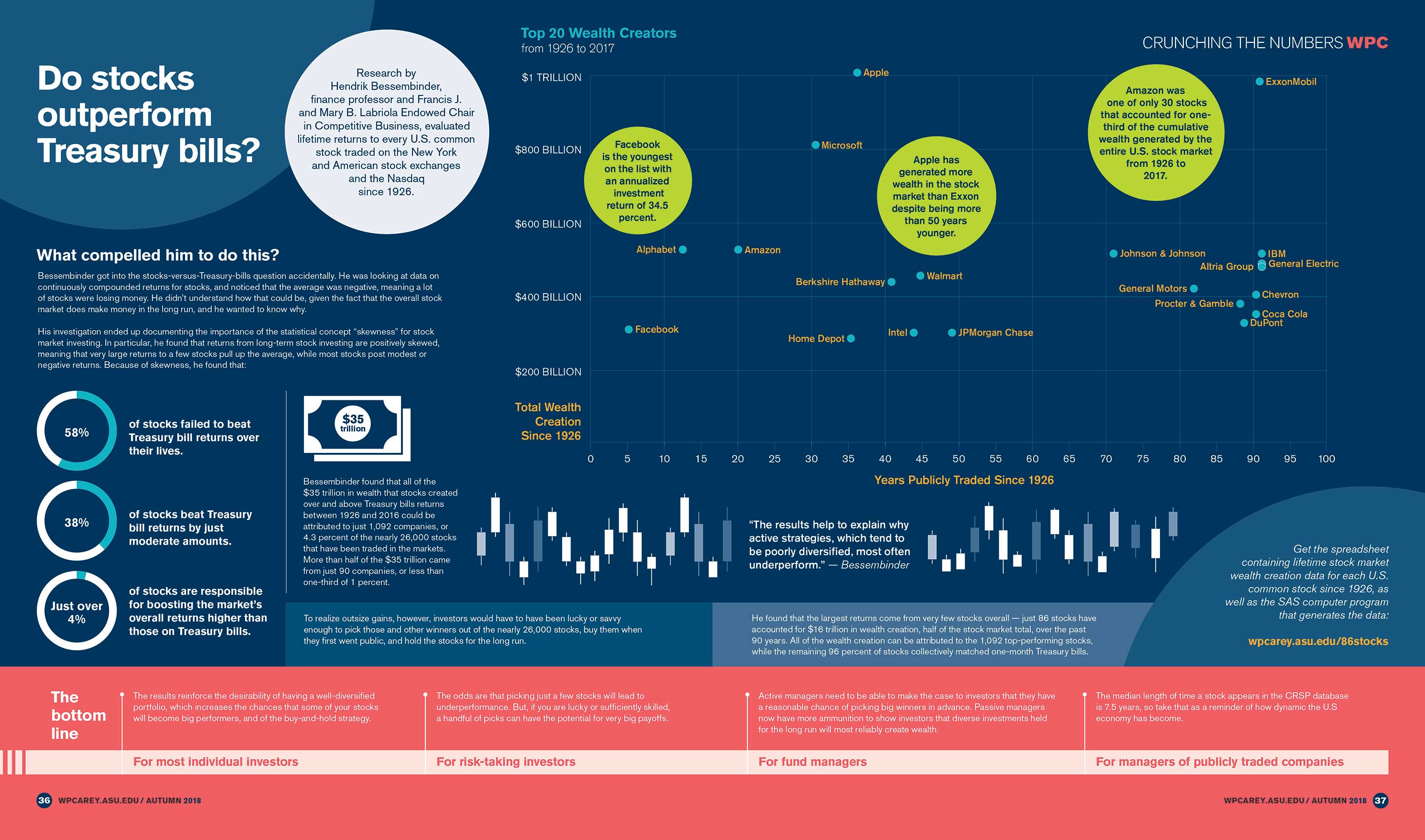 Questions regarding the CRSP data or CRSP’s assignments of the permno and permco variables should be directed to CRSP.