Whether you are looking to join the Economic Club of Phoenix, or are interested in the topics and speakers featured at our luncheons, we’re excited to have you join us for another enlightening ECP season. 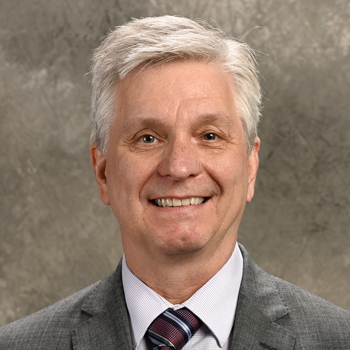 Fans of ECP may also enjoy …

Presented by the W. P. Carey Department of Economics

Governor, Board of Governors of the Federal Reserve System, plus other economic experts

Governor, Board of Governors of the Federal Reserve System

Christopher Waller is member of the Board of Governors of the Federal Reserve System. He was confirmed in December 2020 and his term expires in 2030. Prior to joining the Board, he was executive vice president and director of research at the Federal Reserve Bank of St. Louis from 2009 to 2020. He began his career at Indiana University-Bloomington from 1985-1998. He then moved to the University of Kentucky, where he served as the C. M. Gatton Chair of Monetary Economics. In 2003, he joined the University of Notre Dame as the Gilbert F. Schaefer Chair of Economics. His research focuses on monetary theory and has been published in a variety of top scholarly journals such as the American Economic Review and the Quarterly Journal of Economics. He earned a BA from Bemidji State University (1981) followed by an MA (1984) and a PhD (1985) in economics from Washington State University.